Baby spider monkey is a type of exotic animal which is close cousin to the woolly spider monkeys and are found in the tropical forests that stretch from southern Mexico to Brazil. They generally avoid the further southern regions of South America because the terrain is treacherous and mountainous. 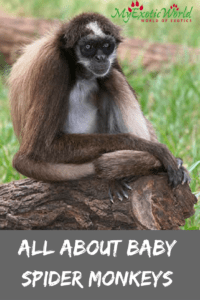 They are mostly considered as indicator species because they require large tracts of wild forest and are also fond of feeding on ripe fruits. However, due to agricultural expansion in South America, their habitats face the threat of destruction.

The term, baby spider monkey, was as a result of its long, spindly limbs which reminds one of a spider. This small monkey has a prehensile tail whose hairless tip is highly flexible. In addition to that, it has coarse hair whose color ranges from gold brown to black. Its head is small and covered with fur save for the face which is hairless.

There are four different types of spider monkeys. All of them are fairly large and can measure about 50cm in height. They have longer tails that sometimes grows longer than their body. The female baby spider monkey has an extended labia that resembles a penis and whose function is to attract the males. 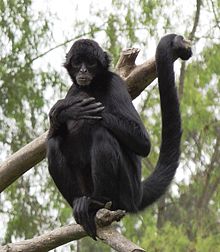 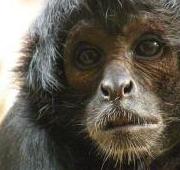 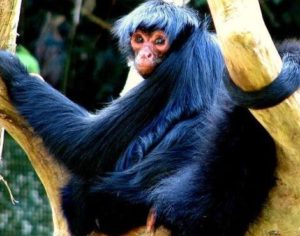 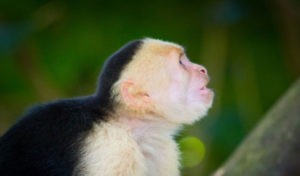 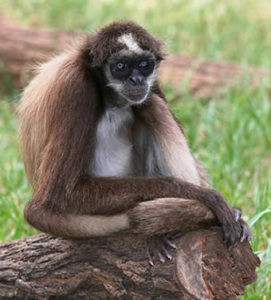 The baby spider monkey is one of the most popular species of pet monkeys that is usually sought as an exotic pet. The main reason is that of its looks and its character. Because of their intelligence, baby spider monkeys are used in the entertainment industry as entertainers after being removed from their natural habitat. Although keeping the monkey as a pet is quite popular, it is advisable not to keep it because it is an endangered species which is on the verge of extinction.

Also Read: Why Exotic pets can be Dangerous?

Baby spider monkeys move in groups of about 20 individuals. The group consists of a larger number of individuals at night as compared to those running during the day. They are social animals whose social structure can only be compared to that of the chimpanzee. Unlike many primates, the female baby spider monkeys do not stick together and usually, separate themselves at puberty to join new groups.

On the other hand, their male counterparts stick together for their whole life. This strengthens their bonding and relations as opposed to the females. Even though the males have stronger bonds than the females, the strongest bond is found between the female baby monkey and its young offspring.

The baby spider monkey usually lives on tree tops and more so during the night. At daytime, they follow a specific feeding route with the guidance of a female leader. They are not superb groomers since they do not have thumbs.

They also do not have a specific mating season. They are known to mate throughout the year whereby the female chooses its mating partner. When on heat, the baby spider monkeys sniff each other’s genitals to check for readiness. They have a gestation period of about 230 days where the female will give birth to a single offspring. The young baby spider monkey clings on the belly and back of its mother before it is confident enough to take care of itself.

Also Read: All about Finger Monkey

These type of monkeys are widely hunted by humans and are also threatened by habitat destruction due to rampant land clearing and logging. Moreover, the baby spider monkey is susceptible to malaria, and it is used for research purposes. It is because of this that their population is on the decrease, and some of its species are listed either as vulnerable or as endangered on the IUCN Red List.

Many baby spider monkeys are smuggled as pets from their natural habitat and transported to foreign lands. They are usually raised in captivity from infancy and are typically taken from the mother within hours or days after birth.

Most of these monkeys are treated inhumanely by corrupt business people whose only concern is profit. The monkeys usually grow and become aggressive which forces my people to remove their teeth. They are often sold to roadside zoos or unprepared families who find it difficult to meet their complex physical, psychological and social needs. It is because of this that a baby spider monkey can sometimes become dangerous and cause harm or injuries.

They can also spread deadly bacterial, fungal or parasitic infections which are harmful to humans. They are known to carry and transmit diseases such as Hepatitis, simian herpes and tuberculosis. It is, therefore, advisable to take extreme care when dealing with the baby spider monkey because you can contract some deadly diseases.

So, this was all about Baby Spider Monkey.
What do you think about this exotic animal?