Why Exotic Pets can be dangerous to human life and society? 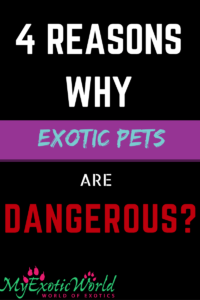 pets! There are laws for every exotic animal defined by Exotic Pet Trade Regulations.

If you found a good looking exotic pet which you can legally own, that’s great!

But note, you can also legally own a Vicious snake!

You may Like: All you need to know about Exotic Pets!

You may see wild animals like lions, tigers, snakes and chimpanzees in your vicinity but they are kept in proper well-maintained housing.

We often see wild animals in Hollywood movies crawling around the house. But what we fail to notice that it takes a lot of training and handling of these wild pets to bring them on sets and shoot naturally without harming celebrities.

So if you thinking keeping an exotic pet is easy… You are Wrong!

4 Reasons Why Owning Exotic pets can be Dangerous?

4. Depending on which country you live, there are several different laws applied while owning an exotic pet in your vicinity.

For example, Captive Wildlife Safety Act which states certain rules for raising big cats like tiger, lions and much more.

This law also states that you cannot take these big cats out of US Borders or state borders. 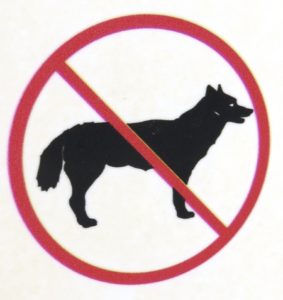 Animal laws are enforced for the safety of humans as well as animals. So you should totally respect Animal laws and follow them

So, check laws in your state before acquiring an exotic pet as in future you might be dealing with lawyers.

Another law called the Endangered Species Act which covers both federal and state, also considered as “Big Brother law” that prevents illegal trade of endangered species.

If you are caught keeping an illegal exotic animal (or selling one), you may be fined around 5,000 dollars and up to $10,000 if it is a second offense.
Also, you may be locked up in jail for a year for selling exotic animals illegally.

You just can’t predict how these exotic pets will behave.

One such incident which made into news:

An exotic pet owner released all his exotic pets into public and committed suicide. This ended in 19 people losing their lives and leaving more than 50 injured!

“It is expected that there are 10,000 to 20,000 big cats currently been in private ownership in the U.S., although the exact number remains a mystery. In the past 21 years, U.S. incidents including captive big cats—including tigers, lions, cougars, and lion/tiger hybrids—have resulted in the deaths of 20 humans, 246 maulings, 254 escapes, 143 big cats deaths and 131 confiscations.” —Big Cat Rescue 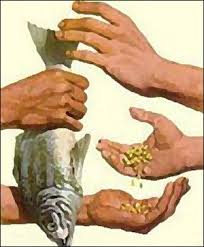 As you might know, trading of exotic pets is illegal. However, you can buy and sell them legally by letting know the local authorities.

There was a person who traded his exotic pets for Guns and Ammunition!

However, if you lose your pet, and someone sells it illegally, you can be held accountable for it!

So make sure you have a proper license from local animal authorities so that you won’t face any legal actions in future!

These were reasons why exotic animals can be dangerous. We are not against having them as pets, but everyone should be aware of these consequences!