Finger Monkeys can be hilarious and adorable, right? Funny and adorable until they bare their teeth as you try to touch them. Wouldn’t you love miniature versions of these clowns that were small enough to fit into your pocket?

Finger monkey, pocket monkey or little lion are all informal names of the smallest species of monkey called Pygmy Marmoset (Cebuella pygmaea). These are one of the smallest primates in the world.

Finger monkeys weigh a little more than 100 grams (less than a quarter of a pound) and are about 4.6 (11.68 cm) to 6.0 inches (14.24 cm.) Their tails are more elongated than their bodies and measure about 8 inches (20.23 cm). Although both sexes are similar in size, the females tend to weigh more than the males weigh.

The fur is a mixture of brownish-gold, gray, and black on its back and head, while it is yellow and tawny on its under parts. The tail has black rings; the face has flecks of white on its cheeks and a vertical white line between its eyes.

They are found at river edges and in evergreen forests and are gummivores (animals that tend to feed on the gum found in of trees).

The next important part is the diet. So, what do Finger Monkeys eat?

Their diet includes tree gum, insects, and nectar from flowers. Their first preference is tree gum, with nectar and anthropoids being supplementary foods.

They are fond of making holes in the bark of sap producing trees and plants using their specifically designed teeth. After poking holes in the trees, they use their tongues to lick up the sap that oozes out. The oozing gum attracts butterflies, thus making them easy to prey for these tiny hunters.

Finger monkeys also enjoy other foods such as:

Because these primates get appetite fatigue (they get bored with their food), you should rotate their food choices. They also enjoy feasting on sweet foods like cakes, ice cream or jelly. However, just like humans, these foods should be eaten in moderation to keep your pal healthy.

In the last few years, there has been an increase in the demand for Finger Monkeys as quite a few people wish to have them as their pets.

Finger Monkeys can be tamed and can be cute, especially when they hold one of your fingers when you try to caress them, which is too adorable to resist. However, adults are unpredictable and often difficult to take care of since they need a lot of socialization time and training. They may become aggressive as they grow older, which would make them unpleasant companions.

How much does a Finger Monkey Cost?

So, how much will you have to pay for your new friend?

In addition to an upfront purchase price of around $2000  to $4000, there are added expenses to consider. Pgymy marmosets are expensive to keep. Their habitat must supply adequate space and include a 24-hour heating system. You will have to build (or have a contractor build) a suitable enclosure for them.

They are high maintenance in terms of food and welfare. Access to an exotic pet veterinarian is necessary, and if your pet becomes ill, the resulting bill could be costly.

Pygmy marmosets need a large cage with many swings, tunnels, and plenty of plants to create the illusion of an environment like their habitat.

Adequate sunlight is imperative for their health. You should make special arrangements in their housing to make sure they get enough sunlight. If there is not enough sunlight, you should supplement the available light by using an infrared lamp or heating source such as a 250-watt bulb.

Since their urine smells bad, you should clean their cage regularly to prevent unpleasant odors.

Pygmy marmosets are susceptible to catching colds. Additionally, they can contract almost any disease that can infect humans. Among the diseases they may contract are chicken pox, measles, cold sores, or even HIV. 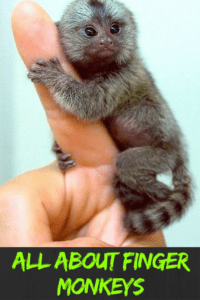 83% of Finger Monkeys live in a group of 6-9 members including males and females.

The female bears children twice a year (around every six months) and most of the time gives birth to twins.

The probability of triplets being born is 8%, while a single offspring is born 16% of the time.

Females can bear up to 4 succeeding litters of offspring and each pregnancy period lasts between 114-190 days.

Because of their high birth rate, this species is listed by the International Union for Conservation of Nature as Least Concern as it is not at immediate risk of decline in numbers causing their extinction.

However, habitat loss and pet trade are big threats to them.

Taking care of a young Finger Monkey can be a tedious job because they need feeding every two hours. Animal couples tend to separate after their young are born, but Pygmy Marmoset couples help each other out.

Males help the female by carrying the babies on their backs for the two weeks after birth, while females feed and clean the babies until they can take care of themselves. However, the mortality rate is around 25% because most of the newborn babies fall from the nest or off the body of the traveling monkey.

A grown Finger Monkey weighs around 55.4 ounces (less than a stick of butter), can rotate its head around 180 degrees, and jump 15 feet into the air.

Their average life span is 12 years or up to 18 years in captivity. Finger Monkeys communicate through physical gestures and trills.

In order to own one, check the regulations in your state or area of residency to make sure it is legal. For example, it is illegal in South America to trade Finger monkeys and its other species.

You need a license, and you have to guarantee there is a primate veterinarian available nearby. Pocket Monkeys need vets with a primate specialization to protect their health.

Our point? Owning Finger Monkeys is like having a set of kids who bite their parents, throw feces at each other, and sometimes attack.

No matter how much you scream and how long you cry, you can’t expect them to stop because they are monkeys, and they won’t and don’t understand what you say.

You may take proper precautions for planning to raise them at home. They, like kids, get mad and irritated if hungry or when they are offended. Thus, it is highly advised to strike off Finger monkeys from your ‘My Pets’ wishlist. And if you still wish to adopt these complex creatures, all the best.

Check this another article on Exotic Animals! 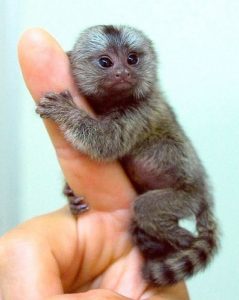 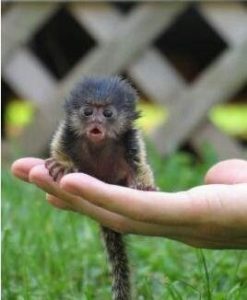 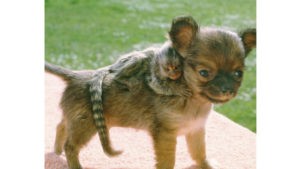 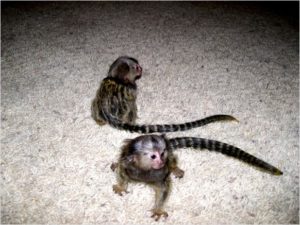 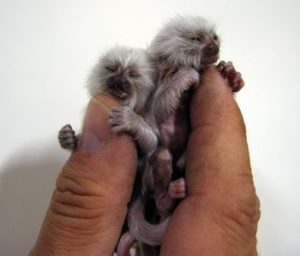 So, this is all about Finger Monkey!

What are your views?