Hyrax sounds like a pokemon to me. But in fact, it is a mammal! Hyraxes are native to Africa and Arabia. 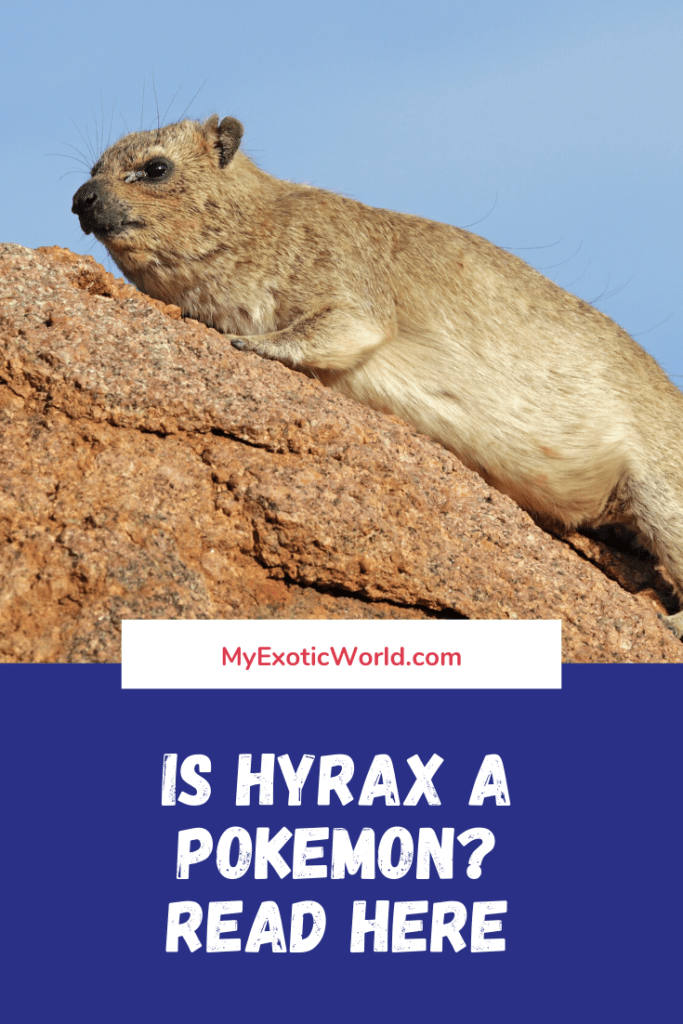 That is not easy nor the west entirely, isn’t it? A hyrax has an extended nuclear family, of a rock hyrax, bush hyrax, and a tree hyrax!

Hyraxes have several aliases, they are dassie, conies and rock rabbits. Scientists prefer not using these names, because they are misleading. A hyrax can live up to 14 years.

Adopting a hyrax as a pet is not a great idea. These animals have very sharp teeth. They are capable of attacking and injuring people. Though they are small, hyraxes are nervous animals. A hyrax eats only once in a day and spends the rest of the day hibernating. Hyraxes have a tough time maintaining their body temperatures. This leads them to hide in caves and between rocks.

Housing hyraxes together could cause ego issues as well. Two of three hyrax species are friendly. Their habitat includes lots of rocks. Unless you stay up in the mountains, you might want to consider a different pet. The type of hyrax adopted also plays a role. Here are the different types:

The scientific name of a tree hyrax is dendrohyrax arboreus. The other different names are Eastern Tree Hyrax or Dassie and southern tree dassie. This herbivorous animal has brownish-grey fur, with a beige patch on their backs. This marks the location of the dorsal gland. They have dens in hollow tree branches and barks. Tree hyraxes are nocturnal.

Tree hyraxes rarely get off the tree. They are not very down to earth that way. The tree hyrax makes a shrieking noise to announce his territory. The average lifespan of a southern tree dassie is 10 years. The feet if tree hyraxes are not helpful in rock climbing. A tree hyrax is a solitary animal. They are rarely spotted in groups.

The rock hyraxes or Procavia capensis are small animals native to Africa. A hyrax is often mistaken for an oversized rodent. A rock hyrax, but, has short ears, and short sturdy legs. Their coat ranges from brown to grey. They have a black patch on their back. When the rock hyrax is angry or frightened, the hair on this patch stands up. 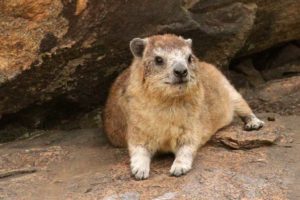 All of us have pet names. Yellow-spotted hyraxes have quite a few! But you know how each close friend calls you a different name? The people across Africa have many names for hyraxes too. Let’s see if you have as many as this hyrax species do!

Leaves, stems, and barks are part of their main diet. Births occur as the rainfall is at its peak. Bush hyraxes forage for food. Yellow-spotted hyraxes are not endangered yet. Bush hyraxes are lively animals. They actively seek out shelter as and when the weather demands. They hide in caves when the summer heat gets too unbearable.

Bush hyraxes have a whisker-like hair called vibrissae. It is above their eyes, on the chin, on their back and sides of the body. Vibrissae are present even on their legs. This acts as their 6th sense. It helps a hyrax feel what it around it, even in the dark! Yellow-spotted hyraxes weigh between 1 to 3 kilograms.

So this was it about The Hyrax. Do you have any doubts, comment below!