Some people prefer pets like dogs, cats, and parrots with long history as agreeable pets. But, there are other adventure lovers who prefer unusual and cool pets to own.

Despite the possible danger, they prefer unique exotic pets. You know: the unusual over usual, the weird over standard, the atypical over typical.

You get the point, right?

These individuals prefer exotic animals that are rare and uncommon.

After a detailed study, we found 9 Very Cool pets you can buy!

Warning: Some of them are dangerous as Danger is the new Cool :p

9 Cool pets to own Safely:

The Hyacinth Macaw (Anodorhynchus hyacinthinus) is the world’s largest parrot. They are also called Blue Macaws. The species originates in central and eastern South America and is considered a neotropical bird.

They are approximately 3.5 feet (90 to 100 cm) long and weigh about 3.5 pounds. They feast on fruits and nuts from native palms. Additionally, their strong beaks can even crack coconuts.

With proper care, a hyacinth macaw can live for 30 to 50 years. So, if you decide to get one of these brilliant beauties as your new best friend, you are making a lifetime commitment to its health and welfare.

Hyacinth Macaws have a wingspan of approximately four feet, so your feathered friend needs lot of time to exercise and adequate room for a good stretch.

They make good house pets as they are friendly and enjoy human companionship. Like most parrots, they can be taught to talk.

However, if you are in the market for a chatterbox parrot friend, this is not the species to pick. This because they are not as talkative as some other parrots are. If you have time, finances, and space to devote to a Hyacinth Macaw, these beauties are the birds of straight out your dreams.

Skunks (Mephitis mephitis) are warm-blooded mammals that belong to the Mephitidae family. While they are notoriously known for their ability to spray an odiferous liquid so powerful a human nose can smell it from a mile away, they are gentle, non-aggressive creatures. 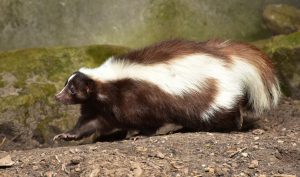 The Mephitidae family is made up of 11 species and they are omnivorous, which means they enjoy eating plants and animals. Although they are related to stink badgers, which also emit a smelly odor, their physical appearance is dissimilar. So, you won’t have to worry about confusing the two.

Their elongated bodies, short, muscular legs, and long front claws make them excellent diggers. If you decide to get one for a pet, make sure they have somewhere other than your lawn in which to dig. 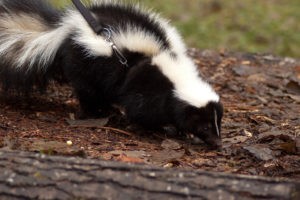 They are cool pets to have at home or apartment, and they are a guaranteed conversation piece.  They are crepuscular, so most of their activity will take place at dawn or dusk. So, you won’t have to worry about being kept awake all night by a hyper active pet. But, if you want a playful daytime companion, a skunk might not be the best choice.

Most skunks have the signature black coats adorned with white stripes, but others may have brown, gray or cream-colored coats. The stripes are visible from the moment of birth.

Sugar Gliders (Petaurus breviceps) are tiny omnivores that belong to the Petauridae family.  This family is includes these adorable gliders as well as various possum species.

While they might be mistaken for flying squirrels because of their gliding ability, the two species are not related. Flying squirrels are rodents; sugar gliders are marsupial mammals.

So, since both are mammals, how do they differ? Flying squirrels are placental mammals (think bats, shrews, or armadillos). As mentioned, Sugar gliders are marsupial mammals (think kangaroos).

These diminutive critters are small enough to fit in your pocket, which is their preference as they like to be in pouches. They are notoriously famous for having a sweet tooth and delight in eating anything and everything with sugar in it.

Sugar Gliders are originally from mainland Australia, New Guinea, and some parts of Indonesia. While both males and females are tiny, typically a male weighs slightly more than a female weighs.

Because they can become depressed when alone, you’ll want to get a pair if you decide on a sugar glider as a desirable pet. However, if you get a male and a female, but you don’t want lots of baby sugar gliders, it’s wise to have the male neutered.

They are nocturnal, which means they love to play all night with you! This may please you if you are a “night owl” and enjoy staying up later. However, if you cherish your sleep time, you may want to consider another pet.

Some Sugar Gliders are as smart as dogs when properly trained. They can learn their names, come when they are called, and even do tricks!

The Capybara (Hydrochoerus hydrochaeris) is the largest rodent in the world (and is a relative of the flying squirrel.) They live in dense forests and near bodies of water.

They prefer living in groups, since they are highly social, so just like the sugar glider, you will need to have at least two to prevent depression. While they can be found in groups as large as 100 in the wild, they typical live in groups of 10–20. Their typical lifespan, whether in captivity or in the wild, is around 9 years. 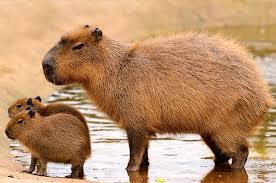 Capybaras have sharp teeth and nip each other constantly when playing. As capybaras have very thick skin, this does not hurt them, but such nipping could be injurious to humans.

Some useful things to know while considering one as a pet are:

Capybaras are picky eaters! You might want to consult an exotic pet veterinarian to find out what type of diet would keep them happy and healthy. Also, they are expert swimmers, so you need to keep that in mind when thinking about what type of housing environment would be appropriate.

A hedgehog (Erinaceus europaeus) is a spiny mammal whose protective prickly back makes it resemble a porcupine; however, the two species are not related. Both are mammals but belong to different orders. Porcupines are rodents like capybaras and flying squirrels. Hedgehogs belong to the insectivora order; other members of this order are anteaters and moles.

Their spines, which are not poisonous, do not easily detach from their bodies. Also, unlike porcupines, they cannot throw their quills as a defensive method. These tiny pets are easy to care for and adorably cute. 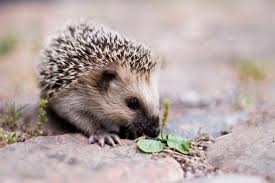 Although hedgehogs are usually nocturnal, some species are awake in the day and prefer to sleep at night. Hedgehogs are omnivorous and feed on snails, insects, frogs and toads, bird eggs, mushrooms, grass roots, berries, melons, and watermelons.

In some US states and a few Canadian municipalities, it is illegal to own a hedgehog as a pet. Except for Scandinavia, United Kingdom, and Italy, no such restrictions exist in most European countries.

Not always a crowd pleaser because of its ferocious appearance, that ominous outer shell makes the Emperor scorpion (Pandinus imperator) a cool and uncommon pet. Despite their scary exterior, they are docile pets.

They gained popularity due to their advent as minor “stars” in the movie ‘The Scorpion King,’ which starred Dwayne Johnson. 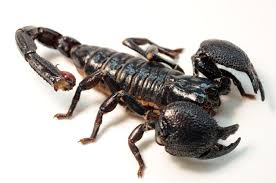 They are black and about 20 centimeters (7.9 in) long with a weight of 30 g. One of the biggest scorpions in the world, you can expect a pet scorpion like this to live for around 6 to 8 years.

Scorpion stings can be as mild as a bee sting or as severe as a snake bite depending on the species. While most people are not affected by the Emperor Scorpion’s sting, some people may be allergic to it. Their typical prey is insects. mice, and lizards.

If you want an alien-looking pet, an azolotl (Ambystoma mexicanum) is a perfect match. Although their purchase price is less than some other exotic animals, their maintenance cost is high. They need a special habitat that includes a water tank with a capacity of 15-20 gallons of water. 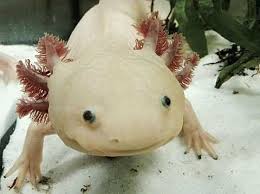 The axolotl is a type of salamander native to Mexico. This amphibian is also known as a walking fish. After 2010, wild axolotls were almost extinct due to water pollution and urbanization in Mexico City.

CITES has declared Axolotl as an endangered species and critically endangered in the wild. Axolotls are used extensively in scientific research due to their ability to regenerate limbs.

The Chanterelle Fennec fox (Vulpes zerda) is a small fox, nocturnal in nature, and native to the Sahara of North Africa. It is easily recognized because of its unusually large ears. 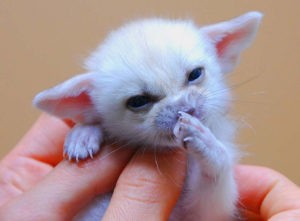 Fennecs are a wonderful exotic pet. They are friendly, full of energy, and can be enjoyed by the whole family. Though fennecs are exotic animals, they are like a combination of a dog and a cat.

They are about the size of a cat, but their energy and playfulness are like that of an active dog. A full grown Fennec fox will only weigh around 1.5 to 3.5 pounds. You can expect to spend many happy years with this furry companion as their life expectancy is about 14 years.

Fennecs are wild animals and need more play time than cats or dogs to keep them interested in humans.

Scientifically known as Pogona, they are referred to as “bearded dragons.” The name is derived from the “beard” of this particular lizard. 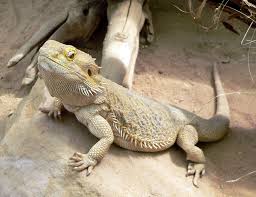 The underside of their throat turns black if they are stressed or see a potential rival. They spend their time on branches, in bushes, and near human habitation as they are adept climbers. 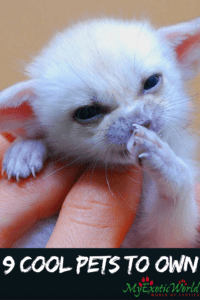 In spite of their appearance, they are very social, and easy to tame and handle. They have a broad range of fascinating behaviors and are interesting to watch.

So, these are the top 9 cool pets to own. We hope you find the best one!