Black-tailed prairie dogs (genus Cynomys) are also known as Arizona black-tailed prairie dogs. However, though their name has ‘dog’ in it, they aren’t canines. Instead, they are rodents and belong to the family Sciuridae. They are found in the Great Plains of North America from about the United States-Canada border to the USA-Mexico border.

They are mostly found in southern Saskatchewan to Chihuahua, Mexico, and portions of:

These social rodents live in colonies. They are avid diggers and need soil so they can make their burrows. These underground sanctuaries are made up of various U-shaped tunnels, which are divided into separate chambers like listening chambers or nesting chambers. All burrows have escape routes so they can flee from predators.

While they are not picky about soil, they prefer a type that won’t flood or collapse. Alluvial soils with medium to fine texture help them to burrow. Silty, loamy clay soils work best for tunnel making.

These cuties are active constantly. However, when it rains or snows, they reduce their above-ground activity. Also, when the temperature reaches 38 degrees, they may remain out of action for a while and rest in their burrows.

The lifespan of these dogs is 3-5 years in the wild and up to 8 years if properly cared for in captivity. In the wild, they have high mortality rates because of predation and infanticide.

Food availability drives the reproduction rate of these critters. They are fragile in the first year of their birth and may need extra care to help them thrive.

While the typical breeding age is two, a nursling may breed if food and space are plenty. Mating season varies from late February through April. But, females are active for only one day per year. The females give birth in the burrows and their gestation period lasts about 34 days. Babies are called pups.

For your sake, have them neutered when they are young or when their reach maturity. This is important because as adults, they mark their territory and release a stinking odor.

Black tailed prairie dogs earned a bad reputation in about 15 years ago. Some prairie dogs in captivity contracted monkey pox, which led to a ban by the CDC and FDA in 2003. Those already in captivity were grandfathered and could stay with their respective owners.

Although the United States federal government lifted the ban in 2008, many US states still prohibit them. Additionally, they are still banned in the European Union (EU). Consequently, if you want to have a prairie dog for a pet, you will have to do your due diligence and make sure you follow all the laws and regulations for your locale.

Black-tailed prairie dogs are one of five types:

As a pet owner, you must be willing to make a long-term commitment to your furry friend. This is because these social animals can suffer from depression if they do not get enough social interaction. They cannot be left in a cage for hours on end. They must have regular interaction and enrichment opportunities to keep them healthy. Since social interaction is so important to them, you might want to buy a pair, so they will have companionship.

They do not need any vaccines, but you should have them checked at least once a year by an exotic animal veterinary. Prairie dogs are prone to external parasites like fleas and ticks and would need treatment if they are infested.

At least once a year, check a fecal sample for any internal parasites. Spaying or neutering may prevent health issues later in life. Teeth should be examined regularly as dental disease is very common among them. Additionally, problems with their teeth can be a sign of health or diet issues that need correction.

It’s best to buy a Black Tailed Prairie dog when they are 6-8 weeks old because it makes the bonding process easier. Their cost ranges from $150-$200 per dog. To protect yourself and to make sure you buy a healthy animal, buy from a USDA licensed breeder.

You can keep your pet in a ferret cage. But, he or she also needs a box or tube. (Remember, they are burrowers and live in underground tunnels. You need to simulate their habitat.)

Prairie dogs burrow in the wild. You can allow your pet to dig its own burrows by building a cage outside that is dug down into the ground and has soil or sand in it.

If you plan to let your prairie dog have some freedom to roam inside, you may want to baby proof your house. You should also keep a close eye on them when they are not in their cage. This is because they are notorious for chewing things like electrical wires. Lock the washroom doors as they can be very messy or might even drown. Their respective natures determine whether they will bond with other pets.

If it is necessary to hand feed the newborn pups, use a syringe. Adults prefer grass as their main meal. Their hydration needs are minimal because they get their water from vegetation such as a plains prickly pear.

A typical diet for these animals can consist of:

They also eat shrubs like rabbitbrush, saltbush, and sagebrush. So, supplying the types of food your Black-tailed prairie dog needs should not be a challenge since they are not picky eaters.

While you and your furry pet will probably bond and live happily ever after, sometimes relationships just don’t work out. If, for whatever reasons, you find it impossible to keep your pet, you might have trouble rehoming it. Before you invest in one of these interesting creatures, make sure you have considered all the pros and cons of pet ownership. 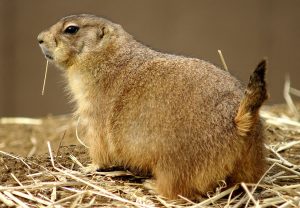 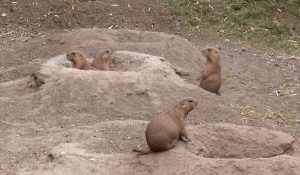 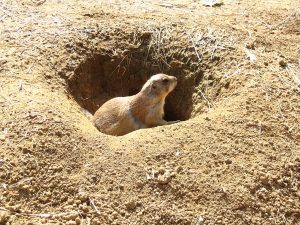 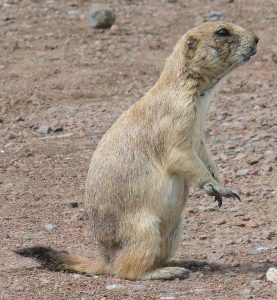 So this was all about black tailed prairie dogs. If you have any queries, do let us know via comments!