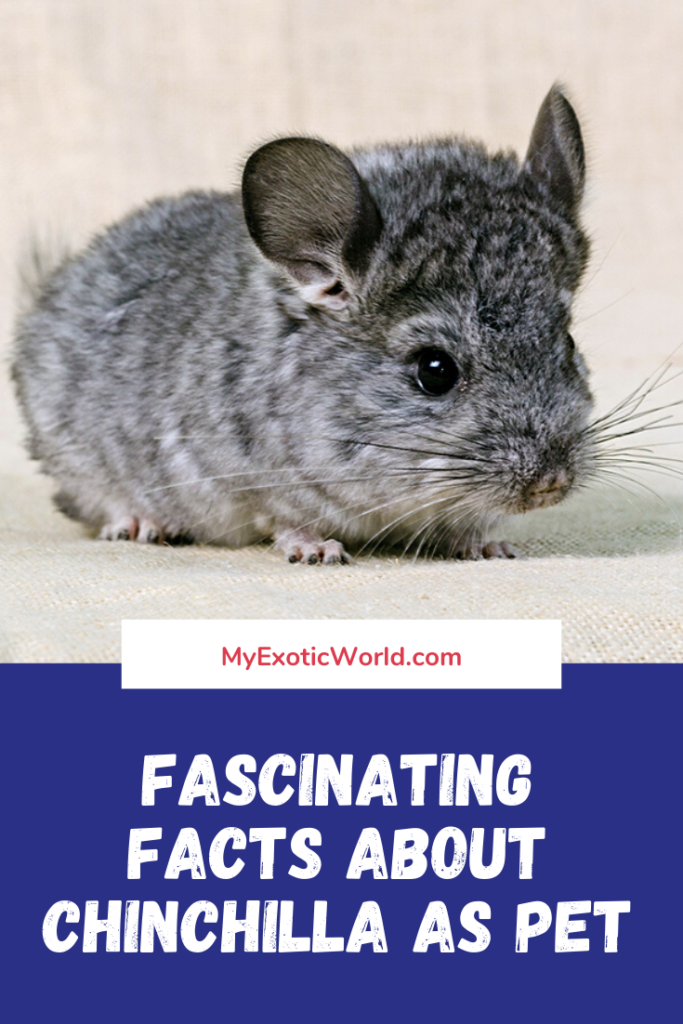 Especially in childhood times, you may have often spent time in open areas or playgrounds which gave you an easy glimpse into the doings of the squirrel species who mildly small by size yet are very swift in all their actions thereby grabbing much attention to themselves.

Once you get the idea of welcoming a pet in your life, especially if you have less space available to accommodate them and would want to experience the parenthood with smaller pet categories, chinchilla is the right choice of pocket pet for your new-found interest.

With less amount of maintenance and time combined, you can keep on going about your life and its activities without being interrupted once you decide to adopt or buy a pet in order to keep your company or to welcome you once you are home from a long day out. 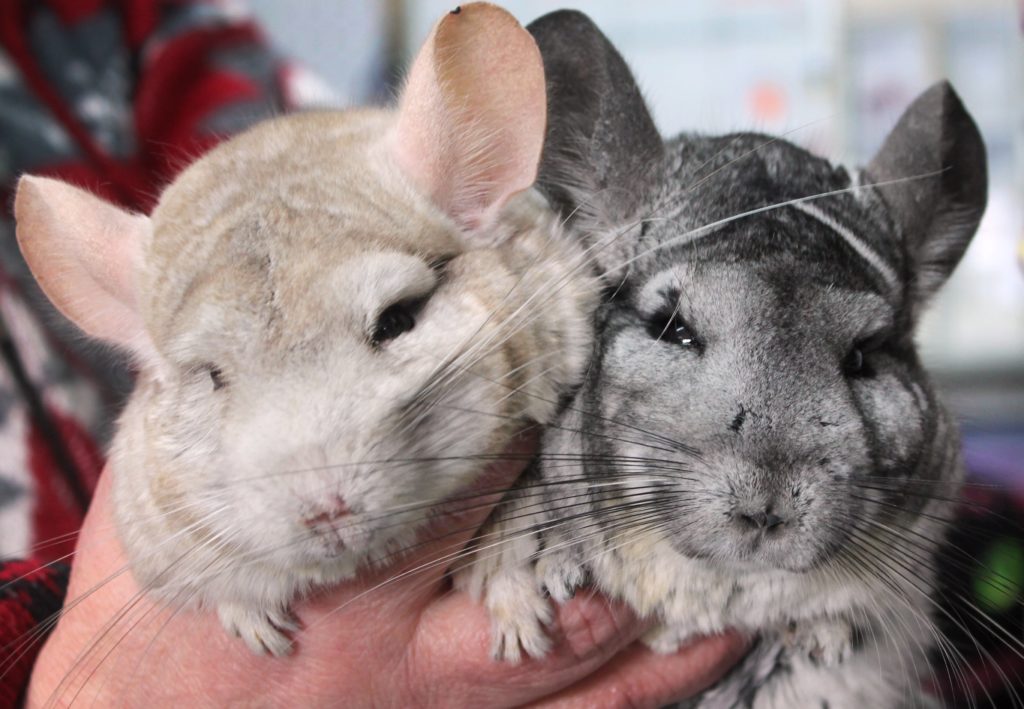 As there are two different species of rodents in this family, let’s look at some facts about the long-tailed species:

While discussing the second category of species in the chinchilla family, there are many features to look on such as:

There are certain stores and other online sources which help you in providing you with a quality rodent such as chinchilla and you can often go through the basic reviews and also do research before committing through.

The level of maintenance that they require is quite low as they need only 2 dust baths within a week where you can brush your chinchilla with a soft brush and avoid getting them wet. They are also born with white teeth which may change its color to yellowish over time which doesn’t require any attention other than if it is getting relatively longer.

Petco being an authentic provider of different kinds of animals from all around the world, you can collectively look towards them in order for the purchase of your beloved rodent pet. Certain pets such as chinchillas are sometimes only available in stores and can vary in choices according to the collection available at your nearby store.

Their website often gives a common description of the pet along with the pictures but other than that most small live animals can only be purchased through stores and not through online services.

The babies of the family usually grab a lot of attention due to its extremely adorable mannerisms such as running around and being able to socialize since they really like spending time in colonies. The babies have good hearing capacity and hence dislike loud noises and prefer quiet environments for their living.

They like to be kept in spacious conditions where they can run and play around the room and are often found to be gnawing on materials due to their sharp teeth. You can make them happy by giving them hay as well as hay pillets and allowing them to be by them since they are nervous around other creatures.

As for these rodents, they are going to be around for about 8 to 10 years if they are left in the wild whereas they can even sustain for about 15-20 years while in captivity with proper care.

When in wild they are subject to certain predators which are not the case when they are in captivity and are cared for throughout with proper food, space, and toys. Keeping them in pairs enables them to be in a company with the same species which also helps them in hanging around for a longer time period.

The average adult size of a chinchilla is about 9 to 15 inches long and can defer in length due to their difference in tail length as the long-tailed chinchillas would often have longer tails than the other category. 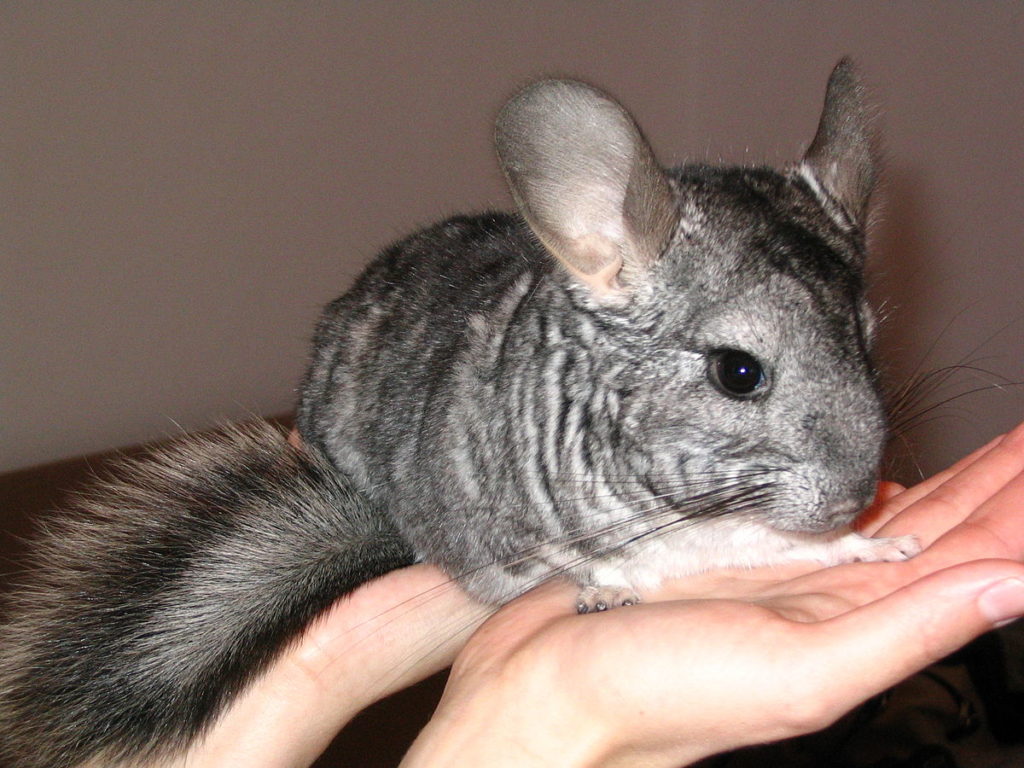 As for their weight, the healthy weight varies from 1.1 to 1.8 lbs and are often found to be healthy if they are active, alert and sociable in their interactions.  The healthy fur that they have along with the clear eyes and normal walking balance are other minute details to look for in order to keep a check on them.

Due to their thick furs which helps them to overcome the extreme climates they are being cultivated domestically on large scale and being brutally killed in order to make coats, scarves, etc from them.

Many organizations have come forward in order to stop this kind of activity being entertained and are keen on rescuing many of these active rodents from captivity where they even are kept with tight collars around their tiny necks.

The coats which are made from their fur are often highly expensive as it is known to be the softest of all furs and also due to the lack of availability of the material to be found in common. It can also be easily categorized among one of the most expensive furs across the world due to its cost as well as popularity in the costume industry in total.

As the animals are being marked as endangered many activists are following up on the issue and raising awareness for such adorable and small rodents to be adopted so as to save them from the hands of industrial use.

As the world has turned its eyes towards the brutality of how such small rodents are often being killed in over a number of above 200 just so as to make one fur coat, any citizens are found to be taking the issue seriously and engaging in multiple ways in order to get more awareness towards the ongoing issue.

As world-renowned organizations like Peta are coming through to stop and decrease the amount of all such endangered animals being mercilessly slaughtered for fur and money, you can also collectively adopt or donate towards the cause in order to keep these small creatures safe and in their habitat without bringing them harm.