At times when you are watching all your friends and colleagues with some of the other pet companions like dogs or cats and you may feel the sudden urge in order to know how that experience would be in your life.

But then again, getting a large pet would sometimes seem inconvenient for you and for your living atmosphere and you may wonder as to why not you can opt for a smaller creature such as a bushbaby pet as your first time experience in the field.

As there are two kinds of species in the same family who defers mostly only through their biology, let’s take a look at the lesser bushbaby in order to note down the details regarding this particular nocturnal animal species.

They are also collectively known as lesser galagos and is very commonly found in most large forests in the continent of Africa.

Since they prefer woodlands and bushes they have a habit of marking their specific territory by urinating on the trees and places that they have visited in order to identify them later and this trait of habit if often applied to the female category by the males when they urinate on the females to mark them as theirs.

They often give birth during the rainy season and is tend to give birth in twin numbers rather than in single babies.

Before the adoption of any animal such as bush baby pet, it is quite important in order to familiarize yourself with the facts associated with the pet such as:

The Mohol bush baby is from the family of Galagidae and is mostly native to mesic woodlands of the southern Afrotropics and also in other areas such as Angola, Botswana, etc. It has physical similarity to Senegal bushbaby and they differ mainly in their biology and their design. 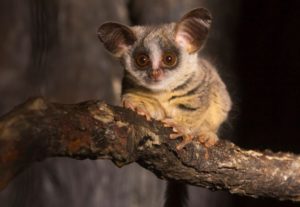 They are considered to be a medium-size species with a body length of 15 cm and a tail length of up to 23 cm. The tail part of the creature is darker than the rest of the fur and is not very bushy when considered to the other parts of the body.

They mainly feed on insects and gum which are mainly produced from Acacia trees that come out of punctures made by insects. While in winter, the bush babies move between the gum trees on the ground and otherwise, it travels arboreally and feeds after sunset collectively on normal days.

Bushbaby pets are often small creatures who catch your attention due to their size and they often produce large amounts of sound which may sound surprising to many humans.

Due to their small size, their sound may sound quite astonishing to the new pet owners when they hear the cry similar to human infants.

The creatures produce loud, shrill cries as that of a small human baby when they are in their normal habitat which can be got used to once you are aware of the cries being produced from their little bodies.

Their cries tend to be different when they think that they are danger possibly from a prey attack or from any other form of danger that may seem like a possible threat to them.

Hence they release croaking, chattering-like and clucking sounds or in many cases, they also tend to make subtle whistles once they sense danger.

Due to their small size, they don’t require a bigger arrangement or space in order to accommodate their body although it is always better to opt for facilities that are bigger in size so as to provide them enough space to roam around inside.

For bush babies who are also allowed to spend time inside the pet owner’s houses will receive all the physical activity as such through the daily interactions with their owners and the family, the big cages are not sufficiently necessary as they will choose to spend half time with their owners outside of their cage and out in the open.

Since they like to be arboreal they mostly tend to be up in higher places rather than preferring to spend their time on the floor and hence it is crucial to include higher placed toys and equipment inside their arrangement for more comfort.

Since they also collectively spend half time inside their cages it is only appropriate in order to provide necessary means of entertainment for them in order to keep them active and interested.

There are many online as well as offline pets stores that provide wide collections of toys that can be used inside these facilities in order to keep them engaged.

Check the BushBaby Toys of products at Amazon.

It is important to equip the cages with branches and sleeping box in order to these small creatures to climb around and also to keep them healthy and active as well as to have a designated area to sleep in order to get sufficient rest accordingly.

Other types of toys that the bush babies are interested in are mainly swings, hammocks and another kind of hanging toys which are evenly distributed and arranged in the cages for them to reach out and make maximum use of it.

Due to their size, the bushbabies often tend to extend more in their life span while in captivity rather than when staying out in the wild on their own.

Mostly in wild, the creatures are often attacked by other predators who will find them as an easy pick of food and will hence endanger their life on a large scale hence the years are shortened to about 3-4 years by average. 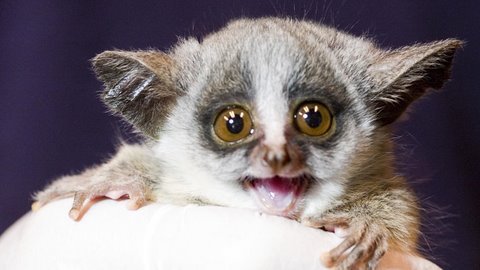 While being captive the bushbabies often tend to live for about 10-15 years on average if given proper care and attention from the adequate pet owners towards their small pet. You should also keep an eye for their diet which should be consisted of fresh fruits and vegetables along with daily doses of protein such as eggs and chicken.

Sufficient treat foods such as crackers, fig, raisins, etc should only be given to the pets occasionally.

Since they require only proper care and attention from their owners and will be attached to you once they get acquainted and are very easy to carry, maintain on a daily basis.

Once they are close to you, they also enjoy being inhuman presence especially on your shoulders and to run around giving you enough time to enjoy their presence and interactions.

So this was all about BushBay or Galago. If you have any doubts, let us know in the comments.